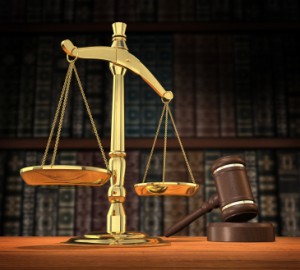 If you’re a loyal follower of this blog you’ll know by now that hypnosis can be used to solve just about any problem.

However, are you aware that hypnosis is being used to help solve criminal cases as well?

There are currently two high profile cases in which clinical hypnotists have been called in to help witnesses recall memories.

First we have Sgt. John Russell, accused of killing five of his fellow soldiers at a combat stress clinic in Iraq.

“James Culp, Russell’s civilian defense attorney, said forensic psychiatrist Robert L. Sadoff, who has conducted a lengthy evaluation for the defense, has said it would be helpful to engage an expert in hypnosis to help Russell remember the events that led up to the shooting. Russell claims he has only a hazy memory of those events.

In testimony Monday, David Spiegel of the Stanford University medical school, an expert in forensic hypnotism, said it is often possible to recover during hypnosis memories lost as a result of psychic trauma.”

Secondly, we have the disappearance of 13-year-old Daniel Morcombre.

“Chief Magistrate Judge Brendan Butler will decide on the application, where defense lawyer Michael Bosscher is arguing for the witnesses to be called. He said he wanted to question four about hypnosis or regression therapy they underwent as part of the police investigation into the case. He said those witnesses should be questioned about the therapy they underwent in a bid to discover what they may or may not have seen on the day Daniel disappeared.  Mr Bosscher said he wanted to quiz those witnesses about who performed the therapy and what it involved.”

The benefits of using hypnosis for memory recollection are immeasurable and I truly hope it helps to allow justice to be served in both of these cases.