Society has always had the ability to set trends, but when did we allow someone else’s preference to become our standard? 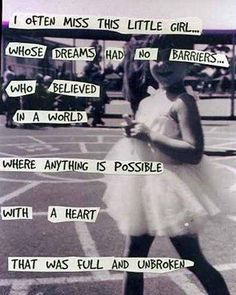 We forget that trends and fads are not static; they are in a mystifying, ever changing waltz. This dance is choreographed by lionized opinions from people we may never meet. Fads and trends tell us what to eat, who to date, what to wear, and what is and is not socially acceptable, for the moment. There’s no way to truly “be yourself” if the self you are molding is constantly shaped by the opinions and decisions of others. The problem with living someone else’s version of you is that we are not one size fits all personalities. What works for one person, might not work for another. We set ourselves up for a miserable life when we try to tailor, or hem, who we are so people will like us, society will be pleased with us, the church won’t judge us, and our friends will accept us.

Who are you really?

In my 38 years of life coaching I have seen many fall prey to unattainable ideals. Somewhere I read that it’s impossible to serve two masters because you’ll end up loving one, and hating the other. Who are you loving? Who do you hate when you feel outcasted? If we don’t understand that we are naturally designed to be different, the person we’ll end up hating is the one in the mirror. I want to help refine the authentic you. I want to help people like the parts of themselves that society tells them to hide. I also want to help change what can be fixed, like our attitudes, perception, and habits. There are too many people shaving down the best parts of them to fit a mold that simply does not exist. The standard you choose to live is the one that matters.

With willingness to let go and my careful life coaching, it is very possible to discover the real you.

I recently had a conversation with a friend who voiced his opinion on women in the work place. He believed that women working a 9 to 5 was the down fall of today’s family. Listening to this philosophy major generalize the entire female gender intrigued me because I have so many successful business women with successful family’s as clients. I needed to know where he was he drawing his conclusions from. He believed all women who worked a full time job jeopardized the integrity of her family, they risked building bonds with other men, they relinquished ever fully knowing their children, and when they had, because they would, an affair, it would be a violent domino effect demolishing their family. This, he said, causes a kind of generational curse where anger, adultery, and lust is embedded in ones genealogy. Casually, he discussed how offensive it was for a woman to be the head of the house. According to him, a woman’s place is behind a man, not at the side of him. I explained that phrases like, “be a man,” or “act like a woman,” were relative. 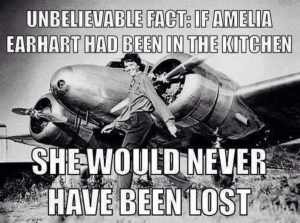 Nevertheless, we decide what these words mean to us, and how we will apply them in our lives. My good friend, needing to complete his thought, used his relationship with his mother to prove reversing gender roles was a crime. He had, and unfortunately still has, a calloused association with his mother. Like many clients I see, he projects the bitterness he has towards his mother on all women. It does not help that he is besieged by men who share the same ideals, allowing a plethora of harmful emotions to fester. This is a new kind of domino effect. Each emotion pushes against him like eager hands ready to destroy. His turmoil goes unseen because of pride, anger, or fear; and the help he desperately needs goes unreceived.

I have seen this projection many times in friends, clients, and strangers. But, I understand his firm stance. He unknowingly only thinks with the limbic part of his brain. This is the part of our brain where emotions and motives are stored. Pulling from this pool alone allows him to empathize, but not reason. He’s not using his frontal lobe; the part of our brain that rationalizes. Living in a a place of emotion alone can be dangerous. We need to have the ability to assess what is reality and whether or not our personal feelings are distorting that truth. Hypnosis is a great way to discover why we feel what we feel.