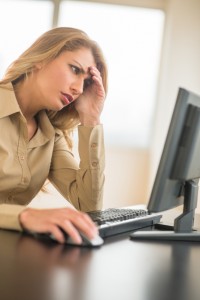 New York City has a disease I call writerosis; a condition in which a city suffers from too many writers. NYC is the writer’s capital of the world, with types ranging from poets to journalists and everything in between.

The thing about writing is that it’s the only profession in which you can get away with not doing the job yet still call yourself a “writer.” It has become almost cliché for a writer to not write or to be perpetually “working on a novel.”

The Gluck rule about that is this: you’re not a writer until you’ve got words you’re proud of on the page. You don’t have to win a Pulitzer, or even be published, but you have to have written something.

Hypnosis is a highly effective tool that helps you get from ‘all talk’ to ‘all do’ because one of the biggest obstacles for writers is writer’s block.

Writer’s block is not so much defined by a lack of having something to write about, as it’s commonly misunderstood to be, but more about the writer’s self-esteem and anxiety. A confident writer can write about whatever is in front of her – the subject matter comes freely and she relaxes into the act of writing. A writer with “writer’s block” has a skewed self-perception, due to a negative or hypercritical mindset, that destroys the process of writing before it’s even gotten off the ground. The writer then projects his anxiety onto the subjects (or lack thereof) he wishes to write about, often blaming the subject matter for not being there.

Hypnosis is the inward-looking solution that is able to change the compulsive negative thoughts that a blank page can cause.