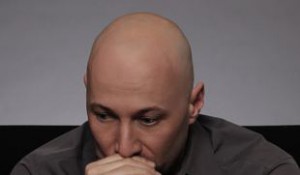 Bipolar Disorder is a mental illness classified as a “Mood Disorder”, and effects about 4% of the population. Bipolar Disorder, also knows as Manic Depression, is categorized by extreme and intense mood swings; they can go from experiencing elevated feelings of euphoria or agitation with a high energy and erratic behavior, to experiencing severe bouts of polarizing depression.

Whether experiencing a manic “high” or a depressive “low”, those with Bipolar Disorder have a tendency to act impulsively and make decisions based on ideas about the future that aren’t rational or necessarily based within reality.  Such risky behavior can lead damaged relationships, damaged careers, and even suicidal tendencies if left untreated. It is a complex illness that requires a lot of attention to treat, however it is possible to cope with and manage if provided with the right treatment plan.

Although compliance from a person suffering from Bipolar Disorder may seem impossible if they are in the midst of a “high” or “low” episode, it is critical they always be committed to doing anything to remain in a healthy state of mind in order to minimize or completely avoid such episodes. This means figuring out the best balance of medications as well as having the right therapist they can trust.

The best treatment plan of action for someone with Bipolar Disorder is a consistent combination of counseling and prescription medications. It is also important they have a strong support system of either family or friends to hold them accountable for their behavior. For those who do adhere to their treatment regimen, Clinical Hypnosis is an excellent treatment option to compliment their foundational treatment plan.

Clinical Hypnosis allows one to be completely relaxed, body and mind. Clinical Hypnosis also functions based on the science of Neuroplasticity, which is the brain’s ability to rearrange it’s neurological structure and ultimately alters how the brain interprets and responds to thoughts and feelings.

Hypnosis allows for the rational cognitive thought process to dominate over the emotional thought process within the brain, thus improving overall impulse control. Therefore, in the case of Bipolar Disorder, achieving this relaxed state allows for me to instill a stable way of thinking, thus making those emotional highs and lows less pronounced.

Typically, this would be the part where I would encourage anyone suffering from Bipolar Disorder to try Clinical Hypnosis, because it is a viable treatment option, but because this is such a complex disorder, it would be unethical for me to say that it would apply to “Anyone”.

If you have been diagnosed with or believe that you may have bipolar disorder, let me help me you. Give me a call and find out if hypnosis is right for you. (212)599-3195.