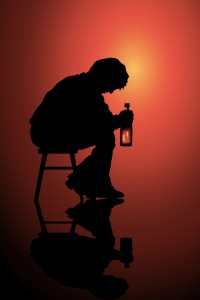 In my 37 years of practice, I’ve encountered 4 types of alcoholics:

1 – Social Drinkers have little to no trouble drinking occasionally, usually preferring to drink with others. Their reaction to alcohol is close to harmless. Social drinkers tend to be very confident while drinking, given their moderate to high tolerance plus their lack of a genetic predisposition to alcoholism. Neverthless, when emotional crises hit, the temptation to drink can be stronger for those who don’t believe they have the capacity to go overboard.

2 – Problem drinkers may have some to zero genetic connection to alcohol addiction. They rarely black out, cause public disturbances, or fall into identifiable patterns of drinking. The problem with this group involves their volatile susceptibility to binging when they are consumed by a loss of control over some part of their life. Alcoholism develops during transitional times. Drinkers want to escape seemingly “inescapable” problems at hand or to numb themselves while carrying through hardships.

3 – Linear alcoholics do have a strong genetic disposition to alcoholism if not drug addiction in general. Although it might not take much to black out, and regardless of how many times they cross the limit, this group is incapable of quitting using their own willpower. I have a very high success rate in treating linear alcoholics. Additionally: I am one of the only professional therapists out there that will allow fully recovered linear alcoholics to have a few drinks whenever they wanted. Every one of my patients reported being able to do so without a relapse.

4 – The last group is at the highest risk. For them, one sip could mean the first step downwards into self-destruction. They possess the genetic predisposition for alcoholism, were raised exposed to all the pitfalls of addiction, and lead lives in which drinking is not only socially acceptable but favorable and encouraged. The only cure for this group is absolute abstinence.

If you, a friend, or a family member are interested in treating alcoholism with hypnosis, don’t hesitate to call my office ASAP: (212) 599-3195.