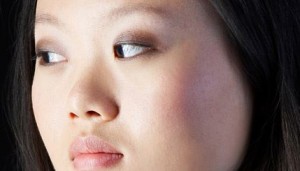 Seasonal Affective Disorder (aka SAD) is a sickness that I expect to be treating in these next months. The symptoms are straightforward but heavy. They include sudden melancholy accompanied by alienation that occurs simultaneously with the change in season. It happens most commonly to people in the Northeast.

Having practiced in NYC all my life, I have to tell you that the city does carry an inescapable gloom around this time of year. Another round of holidays is about to begin, bringing on the nostalgia and self-reflection. People get concerned about money. The invitations are piling up. People start fussing about relationships. More time inside, more room for a major identity crisis. There’s nothing wrong with going through these emotions, but once they become regular and debilitating, you might be suffering from SAD.

What can Clinical Hypnosis do for you? Scientifically: It can create new neurological pathways in your brain, paralleling and challenging those that trigger connections between seasonal transition and undesirable emotional states. Although the old pathways can never be removed (especially if they’re deeply worn-in), through repetition and practice, you can prevent yourself from returning to those irrational patterns. For instance, if every time Fall hits you’re gripped by psychological pains caused by nothing present, but which persist disturbingly, your response is likely instinctual habit.

Good news is that not every instinct is worth following. Don’t let yourself get comfortable with a mode of living that you know you don’t have to – or even want to – accept. Why would you? That’s one thing we’ll talk about during session! In hypnosis, you will learn to shift gears before it is too late.  Call to schedule an appointment (212) 599-3195 and get on a road today that makes sense.