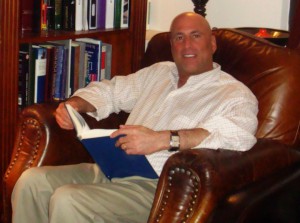 In order to fully understand what I do, it’s important to give a background of what hypnosis has been in history, and where it is now.

Most people understand hypnosis as a stage act in Vegas where a member from the audience forgets the number six. That’s not what it is. At all. But let’s go back…

The word ‘hypnosis’ was coined by 19th century Scottish physician James Braid. Varieties of hypnosis dates back to ancient times, originating with what anthropologists believe as the Hindus of Ancient India. The Ancient Hindus had sleep temples.

As it became more modern, hypnosis emerged out of magnetism, the use of static magnetic fields, and mesmerism, which broke ground in placebo-like results surrounding the power of the imagination to cause physiological change.

By the time James Braid came along, he discounted all forms of external magnetic powers, and concluded that it was just in the mind—and that that was a very real and powerful thing.

Hypnosis took on a medical function in the Civil War by field doctors. With the introduction of hypodermic needles and other anesthetics, there was a parallel set of different tracks for healing: mainstream and alternative.

It was Clark L. Hull of Yale University who, in the 1920s, separated hypnosis from notions of sleep and stage acts. His studies defined hypnosis to largely what it is today.

When I came into the game in the early 80s, I blended hypnosis with life coaching. It was an unprecedented hybridization, which was commonly mimicked by many others, starting in the NYC area. In an ever-changing world that is becoming increasingly complex and interrelated, we need to fuse different methodologies.

Hypnosis helps for very specific issues, but what about the interrelated larger life issues? Hypnosis can help with cigarette smoking, but can’t tell you what you should do on a smoke-break with your boss. If he offers you a cigarette and tries to be chummy, what do you do? How do you bond? What decisions do I make going forward? These are life-coaching questions.