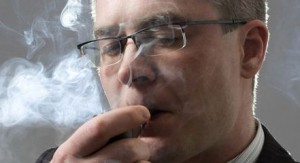 How would you like a quick, easy and surefire way to quit your smoking habit forever that does not involve nursing your cravings and fooling yourself into thinking you’re actually quitting smoking cigarettes?

You know, it’s so funny. I’m seeing all over magazines these days advertisements for vapor cigarettes, e-cigarettes, and other “fake” cigarettes that give you the feeling and image of smoking, while allegedly limiting the harmful effects of nicotine, tobacco, and tar. Let’s make no mistake: e-cigarettes, like Blu Cigarettes, do contain nicotine, just at lower and seemingly more innocuous amounts. So let’s not call them fake cigarettes, but faker cigarettes.

Faker cigarettes are advertised and sought after as alternatives to normal cigarettes. A lot of cigarette smokers will tell you that the action of putting cigarette to the mouth, inhaling “smoke,” and exhaling it is therapeutic in their efforts to wean themselves off of smoking because it gives them the same kind of comfort that actual cigarette smoking does.

The problem is, with faker cigarettes comes faker quitting. You’re still putting several milligrams of nicotine in your body per e-cig, you’re still going through the motions of smoking, and you’re still nursing the craving. Why play into these silly theatrics and pussyfoot around quitting?

With hypnosis, you bypass all the pointless middle steps. No lozenges, no patches, no battery charged cigarettes with seductive names—just 100% organic and safe change in the root of the addiction: the brain. Don’t think just because it’s a less physical way of quitting, that it’s a less substantial way of quitting. If anything, it’s the reverse. There are no gizmos or nicotine substitutions; just science that works.

I’m not saying that e-cigarettes can’t work, nor am I writing off anyone’s experiences or the experiences of your friends or family. All I’m saying is that you get out what you put in. You’re smoking cessation comes with your lack of a smoking habit. And with electronic cigarettes, you have just that: a smoking habit.