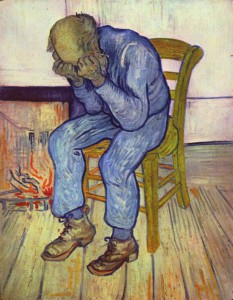 You show me a flying pig named Sancho, and I’ll show you a person in America who isn’t depressed now or hasn’t at one point in his/her life been depressed.

Clinical Depression (and, by extension, dysthymia, bipolarity, psychotic depression, postpartum depression, and seasonal & situational depression) afflicts 10% of the population at any given time, and Major Depressive Disorder the leading cause of disability in the U.S. for ages 15-44.

There are many ways to treat depression. Some people self-medicate through drugs, alcohol and sex. Others just wait it out, thinking that if their lot in life changes, maybe their depression will alleviate. Still others seek spirituality-enhancing methods like yoga, meditation, art therapy, or New Age practices. But for most people who seek professional help for their cases of depression, they see either a psychologist or psychiatrist.

Hypnosis has often been sized up against psychology and psychiatry and has always been thought to come up short. Psychology (rational behavioral therapy) often deals with determining the root causes of problems, and psychiatry targets neurochemical imbalances through the use of medication.

People who’ve tried both psychology and psychiatry and haven’t found success often come to me as a last-ditch effort. I can’t count how many patients who’ve come to me frustrated that they wasted so much time and money on psychologists and psychiatrists with no results.

After the first session, I already have them operating in a new mode of positive thinking. By the time we start hypnosis on the second session, the patient realizes that he or she has been totally transformed.

Hypnosis is not psychology: I am not concerned with the past, but the future, and I’m not interested in passive backtracking but forward-moving action. Nor is hypnosis psychiatry: The science of neuroplasticity means the brain is not some inalterable organ that needs pharmaceutical pills to change it, but a highly plastic and changing bundle of nerves that are changing all the time based on external stimuli.

I’d like to be real clear: I’m not diminishing the historical causation or neurochemical imbalances that cause depression just in the same way chiropractors don’t deny the physical reality of a slipped disc. The only place I alternate is how I treat the issue. I bypass the often fruitless self-excavating in psychology and harmful, side-effect-laden medicating of psychiatry.

Most importantly is the nature of the treatment. Hypnosis is goal-oriented, something depressives often have great difficulty recognizing and chasing. It deals with the imaginative demands to enact conscious change for those who live ambivalently in a conscious impasse. The nature of depression and the nature of hypnosis is a great match for successful treatment.

One thought on “Treating Depression: Hypnosis vs. Psychotherapy and Psychiatry”